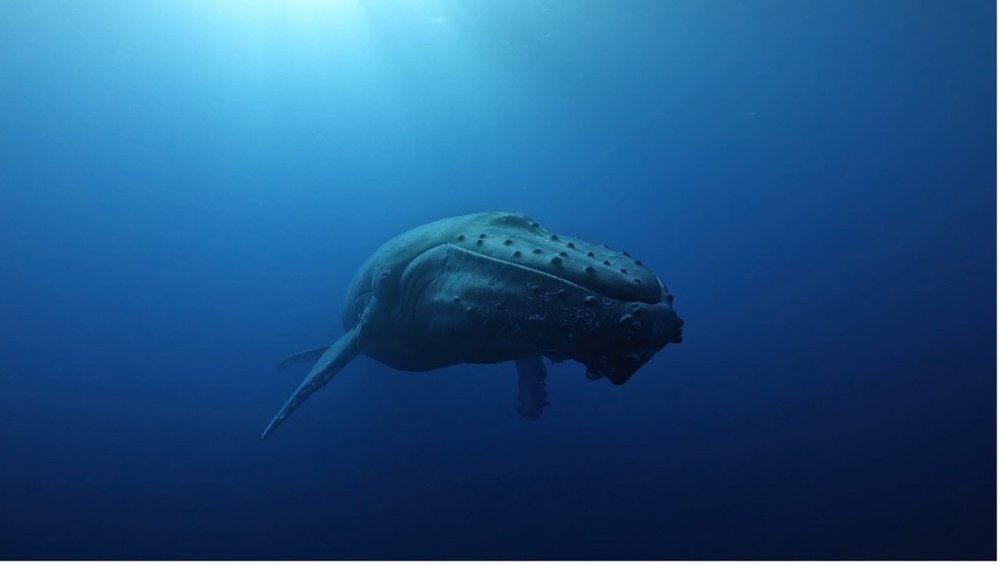 Of white powder and surreal dives 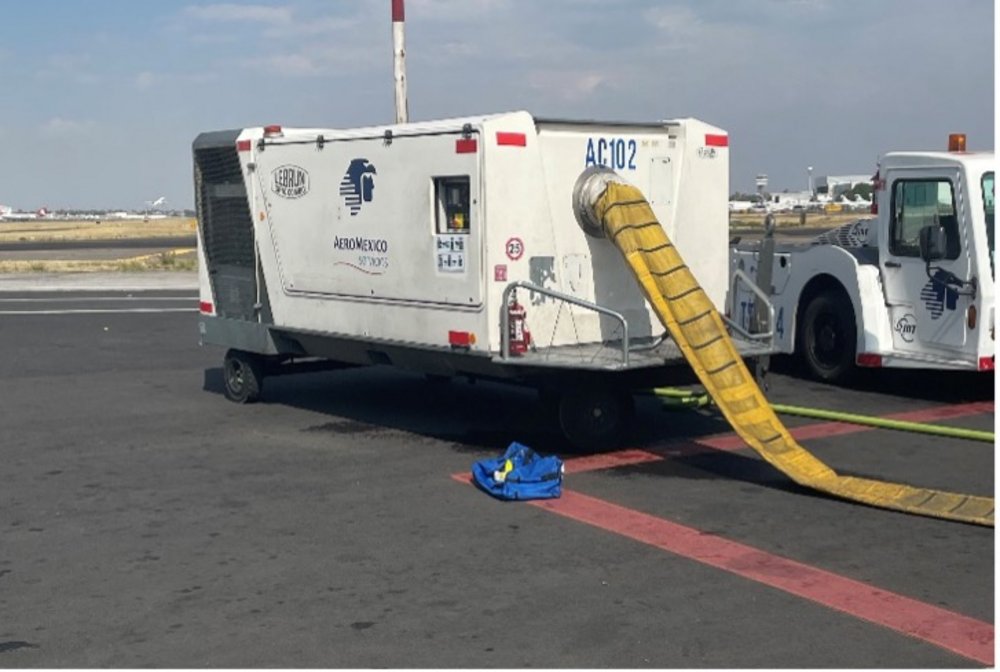 Those who know Maik know that he has neither clairvoyant abilities nor an excessively temperamental disposition. Nature can be planned just as little as the emergence of a new COVID variant. Accordingly, our "house photographer" is basically grateful for every dive and readily accepts whatever nature conjures up in front of his lens. Both should be disproved in the course of our journey in the East Pacific...
At the beginning of our adventure, however, something else takes center stage. A white powder ensures that our two semi-closed rebreather divers (SCR for short), André Fahrni and Stefan Schlegel, temporarily find themselves as protagonists in a new season of the Netflix series "Narcos". In retrospect, the formerly glorious idea of smuggling 21 kg of white powder in a canister by air to Mexico seems... well, to say the least... brave. Not entirely surprisingly, the canister is confiscated upon arrival in Mexico City.
Far more surprising, however, is that Ändu and Schlegi are introduced to the little basics of drug smuggling by the Mexican airport staff, of all people. Disguised in a blue sports bag, the white powder (A.d.R. the white powder was Sofnolime 797 soda lime) would easily make it to the headquarters of the Sinaloa Cartel. The claims in this regard, however, are much smaller. The Costa Baja resort in La Paz would be quite enough for them. The subjunctive already suggests it: the image of the lonely and empty blue bag on the tarmac of the airport burns itself into the memory of many of our trip participants. A sad memorial of Mexican bureaucracy, similar to a lonely bale of straw rolling along, symbolizing the wasteland of an extinct ghost town.

In the afternoon of the second day of the trip, we meet the rest of our group, who arrived the day before, in La Paz at the Costa Baja Resort. 17 divers.... complete. Wait, there is one more missing? Our tour guide seems to have gotten lost. A circumstance that the group is able to put away with finest Mexican food and enough drinks. Already on the first official diving day dives with sea lions are on the program. The visibility is modest and the water temperature is somehow reminiscent of Lake Zurich. However, the natural spectacle above and under water is breathtaking. The next days are dedicated to more similar dives and snorkeling with whale sharks. In addition, the trip is scheduled so that we can observe gray whales in the pre-program. In the evenings the group already grows together in the run-up to the actual destination. Especially the restaurant Bismarkcito and the El Zarape are convincing and with every Herradura Reposado Bandera the anticipation for the upcoming liveaboard increases. Oh yes, before I forget... the tour guide also joined us after the first dives with the sea lions.

"Socorro in February is an absolute highlight. Here you have the opportunity to dive with huge Pacific manta rays, dolphins and up to 10 species of sharks - including whale sharks and schools of hammerheads!" That or something similar is how the March 2021 dive trip was advertised to me. A good year and what felt like 5 pandemic waves later, I set foot on the Socorro Aggressor together with 17 other divers and led by tour guide André Fahrni. Our home for the next 7 days offers space for 26 passengers. Perfect service and top catering are guaranteed.
To limit the travel report to Socorro is actually wrong. The diving trip leads to the archipelago Revillagigedo, a group of four volcanic islands. San Benedicto, Socorro (the largest of the four islands) and Roca Partida are typically visited by liveaboard tours. Clarión, further west, is not on the itinerary due to the distance.
We were warned in advance about the almost 27 hour crossing to San Benedicto Island, our first destination, which is about 450 km away. So it's no wonder that some of the participants of the trip take any kind of medicine against seasickness in a dosage that would put any humpback whale out of action. What awaits us, however, is the best weather and a swell that could not be calmer.
The first two diving days around San Benedicto bring us encounters with dolphins, various shark species and several manta rays. Inspired by an evening lecture on the latter sea dweller, Reto in particular develops into a true expert on gender identification among manta rays and other large fish.
The next day Socorro also offers numerous shark species. Whitetip, silvertip, Galapagos, silky and hammerhead sharks are sighted as well as a tiger shark. Another highlight are humpback whale songs, which come to us during the dive. The perfect mood for the evening lecture of our diving colleague and whale expert Pierre on the subject of humpback whales. It's not as if Maik hadn't pointed it out again and again, but he now announces once more emphatically that he has ordered a humpback whale for tomorrow morning just in time for our first dive at our third destination, Roca Partida.
Roca Partida is essentially a rock about 100 meters long and 8 meters wide. What is spectacular about it is not its modest size, but rather its coloration. Over the years, the rock has taken on a bright and rather extensive white, due to the countless feathered inhabitants or their feces.

What also stings us in the morning still slightly sleepy eye, is a water fountain outside on the sea. Can that be? Is there a humpback whale cavorting around? The excitement rises as the dark shadow begins to approach our dive site. And indeed - as predicted by Maik! We all like him as he approaches the entry point together with our whale expert Pierre and the rest of the first group. However, something seems to go wrong. The motorboat turns back?! It seems that the dive guide forgot his fins. The other two groups dive off. What follows in the next 50 minutes, I will never forget for the rest of my life!
Shortly after the descent we hear the humpback whale songs. They accompany us during the first minutes and soon our dive guide accelerates with powerful fin strokes. In front of us a surreal large shadow emerges from the blue water. A mother humpback whale passes us with her calf. Time stops for a moment and 8 divers stare in disbelief at this breathtaking spectacle that is happening in slow motion before our eyes. Towards the end of the dive we meet them a second time. This time mother and cub remain weightless in front of our group. It seems to us like a special effect from a movie, so unreal, when the newborn (1-2 weeks old), still as big as a small truck, moves to the surface, catches its breath and places itself again under the mother. This one measures about 16 meters and probably weighs about 40 tons. At some point our air runs out and we resurface.

The excitement is great and we can hardly wait to share our impressions, photo and video recordings with our fellow divers. I am especially happy for Maik. I'm sure he took some great shots! When we return to the Aggressor, however, it quickly becomes clear that this unique dive was only granted to our group. Because of a forgotten fin our self-proclaimed sea whisperer was deprived of his maybe last remaining dream as a diver! Do you remember the prologue? For Maik the moment of mental breakdown has come and so he understandably lets his frustration run free.

To everyone's delight, however, the mother/calf team decides to stay, contrary to expectations. So during the next two days we all get to enjoy dives with these gentle giants again and again. Also at night the whale songs accompany us to sleep, especially in the lower ship cabins. In view of this unique experience, the other sighted sea creatures almost threaten to be forgotten, including once again countless whitetip sharks and also a school of hammerhead sharks.
Gratefully and humbly we say goodbye to Roca Partida and after a stopover in San Benedicto we finally start our journey home. 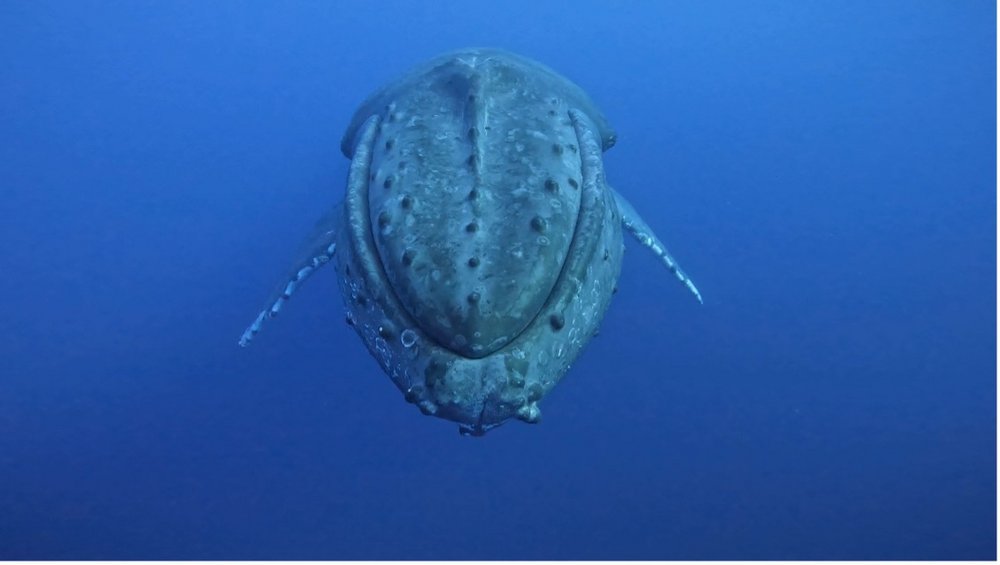 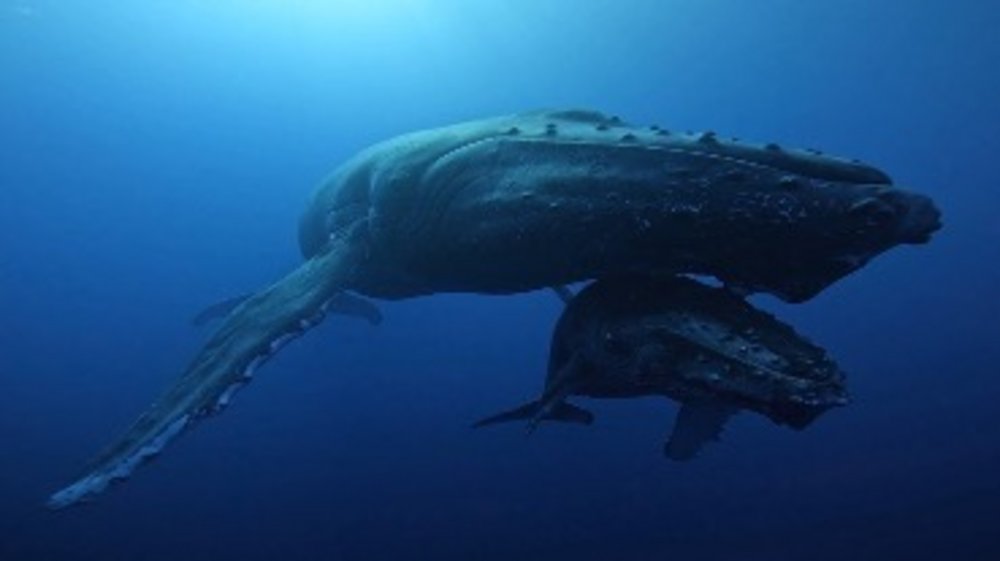 In the meantime, we had the opportunity to do some research. The mother humpback whale is CRC-16908, which was last sighted in Revillagigedo in 2015. We have since given her the affectionate name of Helvecita, which is also the name in the Happywhale database.
Three weeks have passed since our return. It is the beginning of March 2022. The worry about the Corona pandemic has given way to a much bigger worry. A narcissistic man is waging war against a country, threatening to bring all of Europe and the rest of the world to ruin. If only this man could see what we have been allowed to see. He would get a sense that there is so much more to preserve instead of destroy. And perhaps also that there is more that unites us than separates us from each other.